No One Feeling Good About Continuing Battle Over James Brown Estate

James Brown was known for his signature song, “I Feel Good,” but no one is feeling good about the battle that is still being waged over his estate almost a decade after his death in 2006. 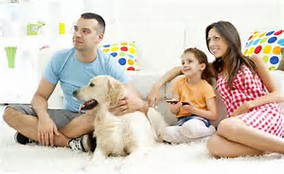 The majority of Brown’s estate – estimated to be in the tens of millions of dollars – was distributed via his will to the I Feel Good Trust to provide scholarships to underprivileged children in South Carolina and Georgia. None of those estate proceeds have been distributed to date, due to ongoing litigation between Brown’s fourth wife, Tomi Rae Hynie, his seven children and the trust.

It is hard to imagine a bigger legal mess than the one created by Brown’s death. He has seven children and during the estate battle several more people stepped forward claiming they were Brown’s children as well. The legality of his marriage to Hynie has been called into question. Two sets of trustees have already been removed from the case.

The South Carolina Attorney General brokered a deal in 2009 to split the estate’s assets, with half going to the trust, a quarter to Hynie and a quarter to be split among his children. That deal was dissolved by a South Carolina Supreme Court decision last year that found the state had overreached its authority in the matter and disregarded Brown’s final wishes.

The latest twist is a decision in mid-January 2015 by a South Carolina judge granting a journalist’s Freedom of Information Act request to gain access to emails that include appraisals of Brown’s assets and discussions about Hynie’s diary as well as how much the state should pay a local law firm involved in the fight over the estate.

Meanwhile, the estate continues to earn millions from Brown’s recordings, and has paid millions to creditors, lawyers and other debtors. However, not one dollar has been given to the scholarship program Brown envisioned.

While a challenge to Brown’s will may not have been preventable considering the number of relatives he left behind, titling a majority of his assets to the trust before his death may have stemmed the tide of ongoing litigation and provided the funds for the education of children he wanted to help. And since a trust is private, unlike a will, it could have prevented the public scrutiny over his affairs.

This is a common error made by estate planning lawyers, even those hired by wealthy people like James Brown.  Unfortunately, whether you have significant financial wealth or not, the impact is the same on your family — if your assets are not titled properly in a trust at the time of your death, your family will end up in Court. It’s a guarantee.  Let us help your family stay out of Court.

If you would like to have a talk about how an estate plan can help protect your family, call your Newport Beach Estate Planning Attorneys today at the Meier Law Firm to schedule an Achieve Your Dreams Planning Session.  We can not only guide you through the creation of your own plan, we can also assist you with that all-important family discussion so your wishes are respected.