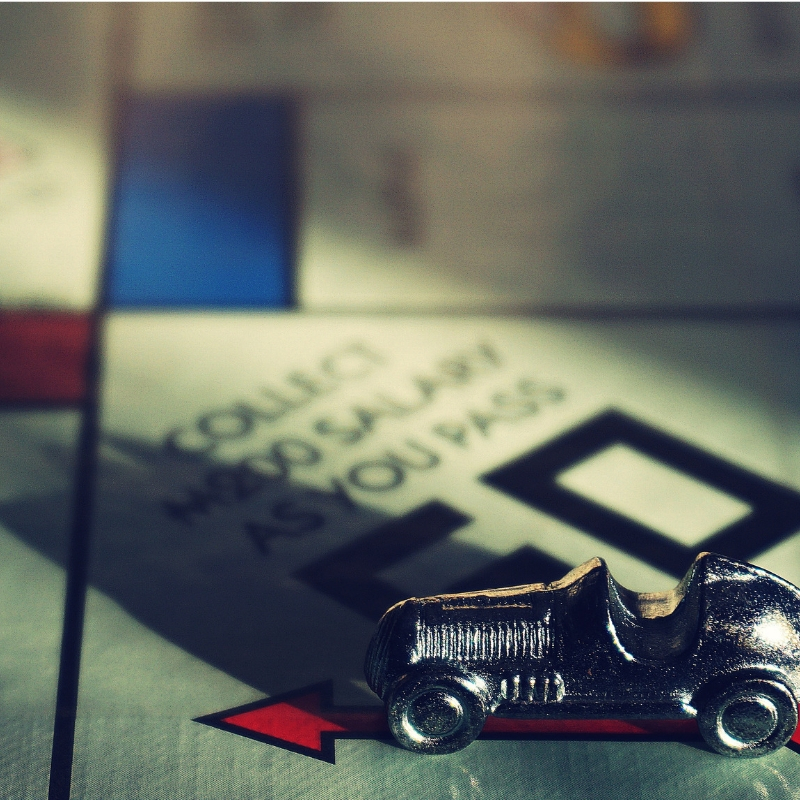 Parents ask me a lot how to avoid having their adult children fight over their estate. From now on I’ll tell them to play Monopoly together. We recently played it with our kids, and now I am seriously concerned about how they will settle our estate one day when we die lol. Here are the classic ‘bad beneficiary’ behaviors we saw that you need to know about!

Our oldest son is an amazing brother, student, and baseball player, but after what we saw tonight, this child is not allowed to be our trustee! The first red flag is that he was very insulted he was not chosen to control the bank over his younger sister, and then he was constantly trying to swindle the little ones for inequitable property trades. He better soften up, or they better wise up, otherwise I see trouble ahead!

Bad beneficiary behavior #2- The middle child solely focused on his own fortune.

Ten minutes into the game, I had already gone nearly broke, been sent to jail, and ordered to pay taxes, then I land on my middle son, Jack’s property and he coldly charges me rent—his own mother! He then basks in the fact that he’s so rich and I'm down to my last few dollars. Yeah, this one is not to be trusted either and I certainly don't want him making my end of life medical decisions.

Bad beneficiary behavior #3- The little sister who is just too sweet.

My daughter Kate, the one operating the bank, announced to all of us (before I even realized this for myself) "I feel sad for mommy. She is going broke". She then takes $50 out of her personal stack of cash and sweetly tries to hand it to me with a mixed look of concern and pity. Each turn when I lost more and more money, she would plead with me to take her charity money. She actually became ecstatic when I finally passed “Go” and collected $200 dollars. Now I give her props for wanting to bail me out with her own money and not the banks, but I have to say, she’s got to be a little more coldhearted in her financial dealings or she may run out of money herself.

Bad beneficiary behavior #4- The baby who shows up after the money’s been made and demands a full cut.

Not that it was necessarily our five-year-old, Andrew’s fault that he took a very late nap, but the kid wakes up at 7pm, goes and gets himself a brownie, and then rolls in and demands to take over his daddy's hand with all of his properties and cash (much to the other kids’ outrage). And yes, while he is very charming and cute, it is a little messed up to claim dad’s full estate after doing nothing at all to earn it.

Now thankfully this was all just a game, but I actually see these bad behaviors with real-life beneficiaries! The only way to ensure fairness and combat sibling rivalries are to make sure you have an up to date estate plan that clearly takes into account each beneficiary's personality, (especially when assigning roles and duties), and spells out the best way for each beneficiary to receive their inheritance.

And don't forget to have a remote contingency clause in place, which states what should happen to all the money if your whole family passes away at once. In our case, our ‘catastrophic event’ that wiped us all out at once in Monopoly was none other than bedtime.

If you need a plan in place, or to update the plan you have, call our friendly Client Services Director, Bonnie Johnson, at (949) 718-0420 to schedule your planning session today.