How One Person’s Estate Plan Impacted the Entire United States

When you set up your will or trust, you probably remember being asked who you want to leave your money to when you pass away. You were 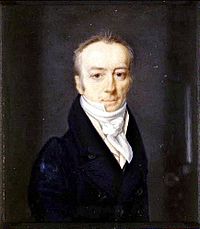 also likely asked where you would want the money to go if those people were no longer living.

A man named James Smithson had to consider this question when he wrote his Last Will and Testament in 1826 in London. He wrote in his Will that his estate would go upon his death to his nephew, Henry James Hungerford, and then to Henry’s heirs. However, Smithson included a contingency clause that stated that if Henry were to pass away without any heirs, then the money would then go “to the United States of America, to found at Washington, under the name of the Smithsonian Institution, an establishment for the increase and diffusion of knowledge ….”

Eventually Smithson passed away, and his estate went to his nephew Henry as directed in Smithson’s Will. However, when Henry passed away, he did not have any heirs, which meant that the estate then passed to the United States to establish the Smithsonian Institution.  Located in our Nation’s Capitol, today the Smithsonian Institution is the world’s largest museum, education, and research complex, consisting of 19 museums and galleries, the National Zoological Park, and nine research facilities. And to think, it all came about because of a contingency clause in one man’s estate plan.