Casey Kasem, the celebrity radio host who counted down America’s Top 40 popular songs for years, died on June 15 at the age of 82 and left behind an estimated $80 million fortune.  He also left a family feud of biblical proportions between his surviving spouse and his three children from a prior marriage.  This is why we do what we do — to keep your family out of court and connected in love, not conflict.

Kasem married his second wife, Jean, who is 22 years his junior, in 1980.  Together, they had one child, Liberty Kasem.  Casey also had three children from a prior marriage: Kerri, Mike and Julie.  The family was apparently in discord prior to Casey’s death; in mid-May, Mike and Julie filed a missing persons case with the Santa Monica police department saying they could not locate their father.  At that time, Kerri was fighting with Jean over control of his care.

After Kasem died, news broke that his body had been taken from the Washington state funeral home and a judge awarded Kerri a temporary restraining order preventing Jean from removing his remains or having him cremated before an autopsy had been performed.  Kerri hired a private investigator who says the body has been moved to Montreal, the hometown of a man that Jean has allegedly been involved with for the past two years. 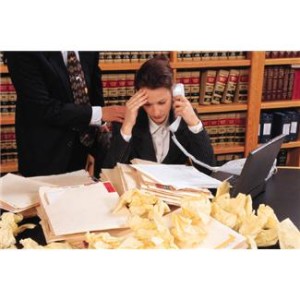 A mess, right?  And they haven’t even gotten to the money yet!

A little advance estate planning could have helped prevent this scenario, which is not uncommon when an older man takes a second wife who is significantly younger and has children from a prior marriage.

A recent WSJ Marketwatch.com article outlined four estate planning tools that could have helped to head off this disaster:

One of the main goals of our law practice is to help families like yours plan for the safe, successful transfer of wealth to the next generation without conflict or concern.  Call our office today to schedule a time for us to sit down and talk about a Family Wealth Planning Session, where we can identify the best strategies for you and your family to ensure your legacy of love and financial security.